Notion is meant to be your all-in-one tool that acts as your single source of truth. But let’s face it, Notion calendar is very limited. Notion calendar is just a list of pages displayed in the calendar view. Out of the box, you can't import your existing events to Notion, send meeting invites, or create recurring events like you otherwise would in Google Calendar.

The 4 types of Google Calendar and Notion integrations

There are four main ways you can make Google Calendar work with Notion. Choose the best one for your unique use case and goal.

The events won't sync automatically when something changes. This is where the 2-way sync integrations come in. This means that when you make a change in a Notion event, it will be reflected in Google Calendar. And the other way around! The 2-way sync will give you peace of mind because you’ll never miss another event or important information.

Finally, there are trigger-based automations. They will take your Notion set up to another level. You will finally have automations that default calendars have, but fully customizable and in Notion.

Now, let's take a look at each integration in detail.

Let’s start with the easiest integration: a one-way transfer of all data from Google Calendar to Notion. This option is great if you want to migrate all your events to Notion’s calendar in one fell swoop.

The best part is that it's free and takes just a few clicks using Bardeen, the no-code workflow automation tool.

1. Create a Calendar database in Notion

The incoming events from Google Calendar need will land there. Create a new Notion calendar database or simply duplicate this template if you don’t have one.

3. Open the automation in the Builder

Click on the “Pin It” button. The extension window pop up with the automation highlighted. Hover over the card and click on “Open in Builder.”

Bardeen allows you to set filtering conditions so that only some events get transferred. You can set up a time frame, keywords, and even participants.

4. Map the data from Google Calendar to Notion

That's where you need to map each data field from Google Calendar to Notion. Title with the name of the Notion page, description with the description property, and so on.

Yes, you guessed it! It's just like a matching game for kids.

You can also see this Notion tutorial, if you need additional help.

Like the name suggests, the automation is a one-time transfer. After you run this automation, new events won’t show up in Notion. If you want automatic updates, then the two-way sync is the way to go. Up next.

Two-way sync is great if you want to make Notion the single point of truth with all the data in one place.

Notion and G Cal are like quantum-entangled particles that are far away from each other, but when you touch one, the other gets affected. 🌌

This is exactly what two-way sync does! With one small caveat, though: it's not instant. Syncing may take up to 5 minutes to see the changes made in one app to reflect in the other.

It’s time to set it up! This automation will cost you 10 minutes to set up and your wallet $5 per month (or $50 per year) using the Notion Automations web app.

Once connected, pick calendars that you want to sync.

Here you will be asked to pick the Notion workspace and select the pages that you want to give access to.

You can also grant or revoke access to individual Notion databases. To do this, go to the desired database and add/remove “Notion Automations” in the share settings. You do need to authenticate the app first, nevertheless.

3. Link to your Notion calendar database

Copy the link to your calendar database and paste it into the Notion Automations tab.

If you don’t have a Notion calendar database yet, you can duplicate this one.

Optional: filter events to exclude from the sync

There is an option to filter out the events that you want to exclude from syncing. Play around with different options if it's relevant. For example, I don't like sinking my recurring events because those are usually my daily routine like the gym or going to sleep at 10pm. Zzzz.

This feature will blow your mind. 🤯 So, you most likely use Notion for note-taking just as much as you use it for the calendar. You can get the link to your Notion event pages added in the description of your Google Calendar events.

Bonus: To go the extra mile, you can automatically join your meeting and launch the related Notion page one minute before your event is to start?

Join event and open meeting notes, 1 min before the event
Try it

Now, you can test the sync. Only events for the past week and one week in the future will be synced during the test. This takes about 1 minute.

The last step is to subscribe to the service and sync the rest of your events. If you have a lot of events from years back, it may take a while (~20 min).

By default, Notion Automations will import all of your past events and events one week into the future. You can change this setting to 3 months in the settings.

Remember, the subscription costs $5 per month or $50 per year. If a solid two-way sync is worth it to you, it’s a steal. Plus, considering that you can get their calendar template that doubles as a weekly planner.

Note that Notion Automations have changed the order of some steps.

You can’t make changes to Google Calendar from Notion. And you won't have a dedicated Notion page for each meeting to take notes. And finally, your Google Calendar has to be public, meaning that anyone with a link will be able to see what's in your calendar.

But embedding Google Calendar to Notion may still be great for some. For example, you may want to publish a class schedule on a public Notion page.

Here is how to set this up.

You have to do this on a desktop computer (mobile won't work).

Select the calendar and make it public. Otherwise, events won’t show up.

3. Copy the “embed code” to the clipboard

Now, you can scroll down to the section called “integrated calendar.”

4. Go to Notion and paste the code into an embed block

Use the /slash command to add an embed block. You can paste your <iframe> code into the embed link field.

Here comes the grand finale of this Notion < > Google Calendar guide. And it comes with a bang 🧨 , or as they commonly call it an event trigger.

Triggered automations have a trigger, which starts an automation. And an action ,which performs a task.

For example, you get a meeting Notion page sent to Slack automatically. Or send a Notion page to the event participants. And much more.

My favorite automation opens a Notion page for my upcoming meeting 1 min before it is to start.

Join event and open meeting notes, 1 min before the event
Try it

If you make an automation to create events in Notion, when they are created in Google Calendar, you need to know one thing. Unlike the two-way sync, the events won’t auto-update when changes are applied.

Here are a few examples of what you can do with triggered automations.

Create and open new Notion page for an event
Try it

Tools that offer dedicated Notion-Google Calendar integrations are Bardeen, Zapier, and Make.com. Try them out!

Connecting Notion and Google Calendar unlocks the ability for Notion to become your truly all-in-one workspace.

There are four types of automations. And you need to pick the right one for your unique use case.

It’s your turn! Give these automations a try. 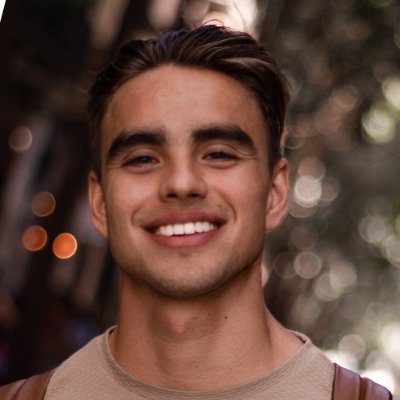